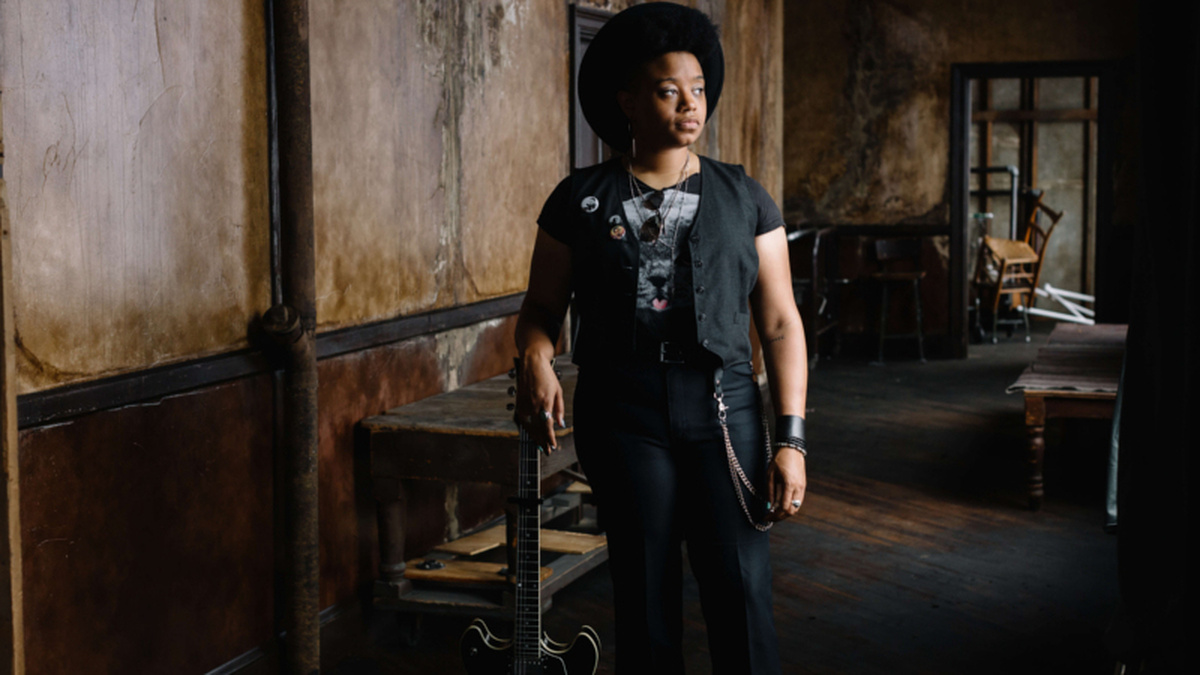 Johnson City Tennessee, Amythyst Kiah describes herself as a Southern Gothic, alt-country blues singer-songwriter whose influences span decades and diverse styles. Combining rhythm and blues, country and old-time covers alongside startling originals with an angular contemporary twist, she bestrides both musical spheres with complete authenticity and an authority matched only by her commanding stage presence. Channelled through her massively expressive voice, her richly layered repertoire confirms Amythyst's emergence as a hugely distinctive new artist who is currently making waves on both sides of the Atlantic.

Three UK tours since 2016 have earned huge acclaim at Hebcelt, Edinburgh Jazz, SummerTyne, Southern Fried, River Town and Celtic Connections festivals amongst many others. Recent performances in the US, where her star is very much on the rise, include special guest slots with Rhiannon Giddens, Indigo Girls, Old Crow Medicine Show and Valerie June. She played Cambridge Folk Festival for a third successive year in 2018 as one of guest curators Rhiannon Giddens’ picks and stormed the festival as a returning heroine.