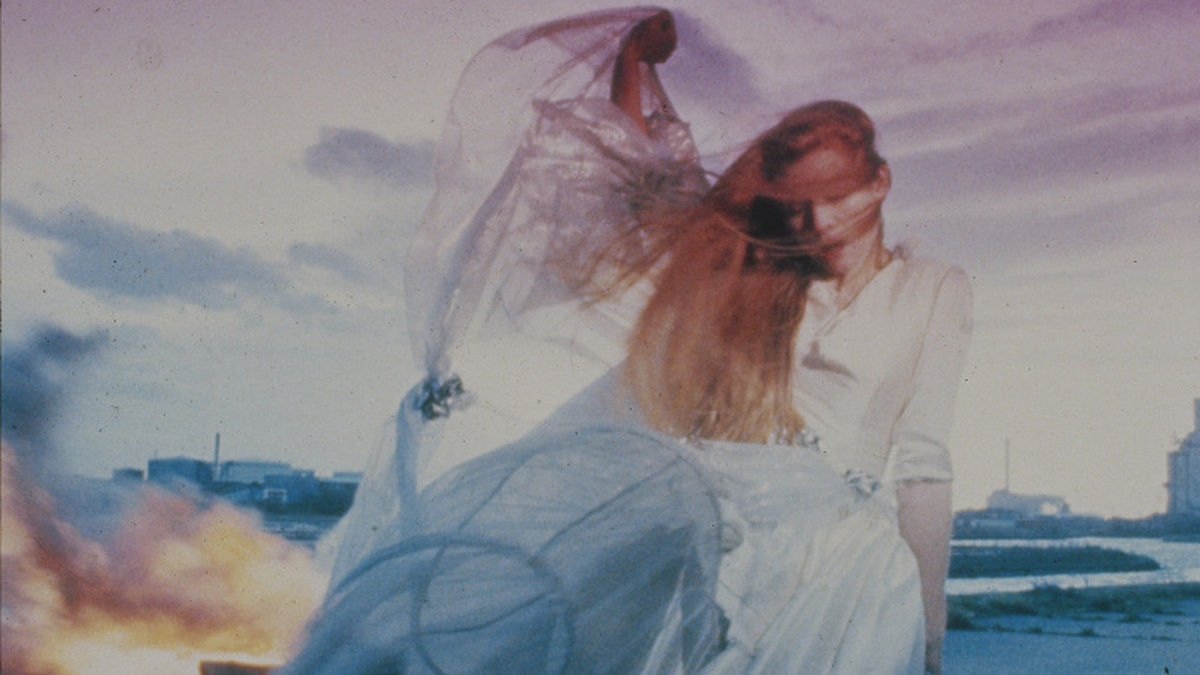 The Last of England web xw9q

A Brexit Special: The Palace International Film Festival, Bristol’s queer film festival presents Derek Jarman’s, The Last of England, accompanied by a live score. Jarman originally created the film in response to Thatcher's Britain, a country in decline – the score reawakens the film in response to Brexit Britain, connecting distant moments in British history and uses the country's collective musical heritage to explore ideas of nostalgia, pride, and their toxic possibilities.

Tilda Swinton stars in this personal commentary of a country in decline in a language closer to poetry than prose. A dark meditation on London under Thatcher. In 1987, in a world where homosexuality and AIDS victims were looked down upon, Jarman acted as a filmic spokesperson for those who remained marginalised. The Last of England is an angrily poetic, personal portrayal of a country that he saw was in ruins. Through the experimental form, through the post-apocalyptic depiction of the country, Derek’s film dismantles the establishment and highlights the horrors of modern-day Britain through a dream-like state.

Taking inspiration from the use of Maryanne Faithful’s rendition of ‘Skye Boat Song’ in the original score, the live score trio join the dots between distant moments in British history and the countries' collective musical heritage to explore ideas of nostalgia, pride, and their toxic possibilities. The score is played out with violin, voice, guitar, bowed bass, effects, cymbals, mbira, amplified objects and feedback systems, an expanding collection of homemade flutes and an air raid siren.

JOSEPH SUMMERS
Joe is an artist, musician and instrument builder, working across disciplines and with numerous collaborators. His sound work draws heavily on improvisation, often using acoustic manipulation and feedback. He hosts a regular radio show on Resonance Extra, co-runs the experimental music imprint First Terrace Records, and has performed across Europe as a solo musician & in collaboration with other performers.

TOM SUMMERS
Tom is a talented multi-instrumentalist and producer, playing in several bands in the south-west and producing music under his Cold Water Music alias. With old friends Onj, Tom plays lead guitar atop a frantic and eccentric mix of indie rock, folk, post-rock and punk. With new friends Jot, Tom plays bass - sometimes with a bow, but always with care. Under the name Cold Water Music, he has pursued a slow but steady exploration of electronic production and acoustic manipulation, refusing to settle on one approach or style. During the live score written for Derek Jarman’s The Last of England by his brother Joe, Tom can be seen moving from sustainer-guitar to fuzzed-out bass to prepared piano and back, or kneeling at the controls of the pedal-board, extracting textures from Rosa’s violin.