The Party and the Guests + Witchhammer | Ester Krumbachová Film Programme 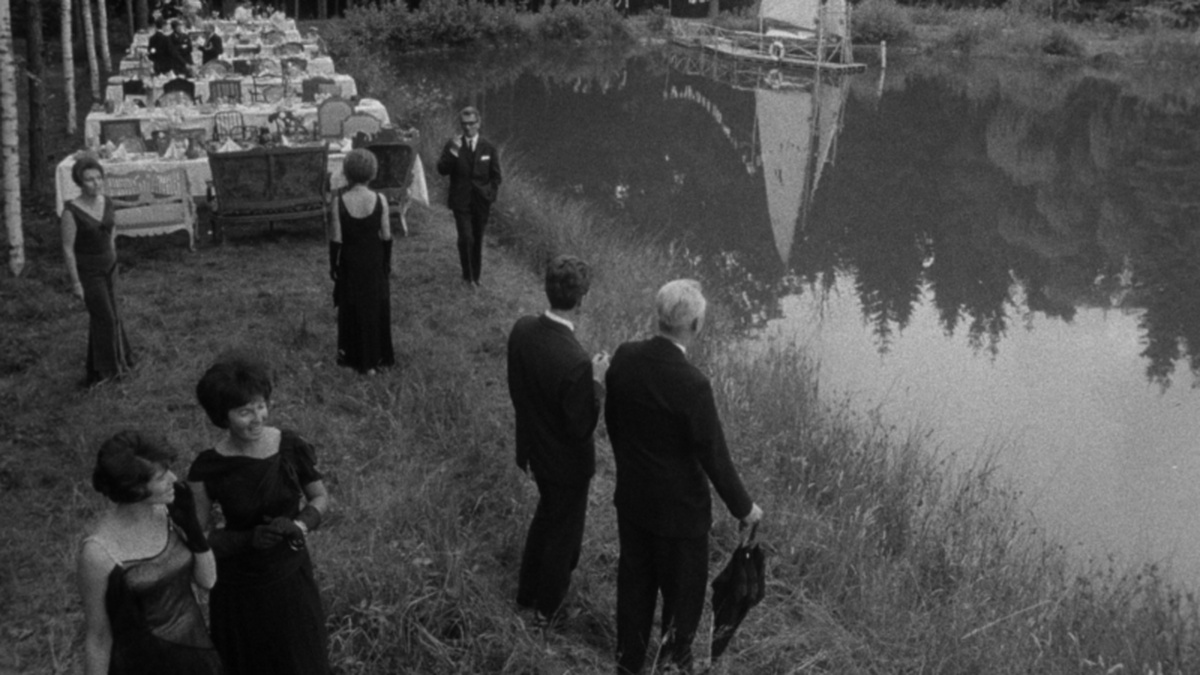 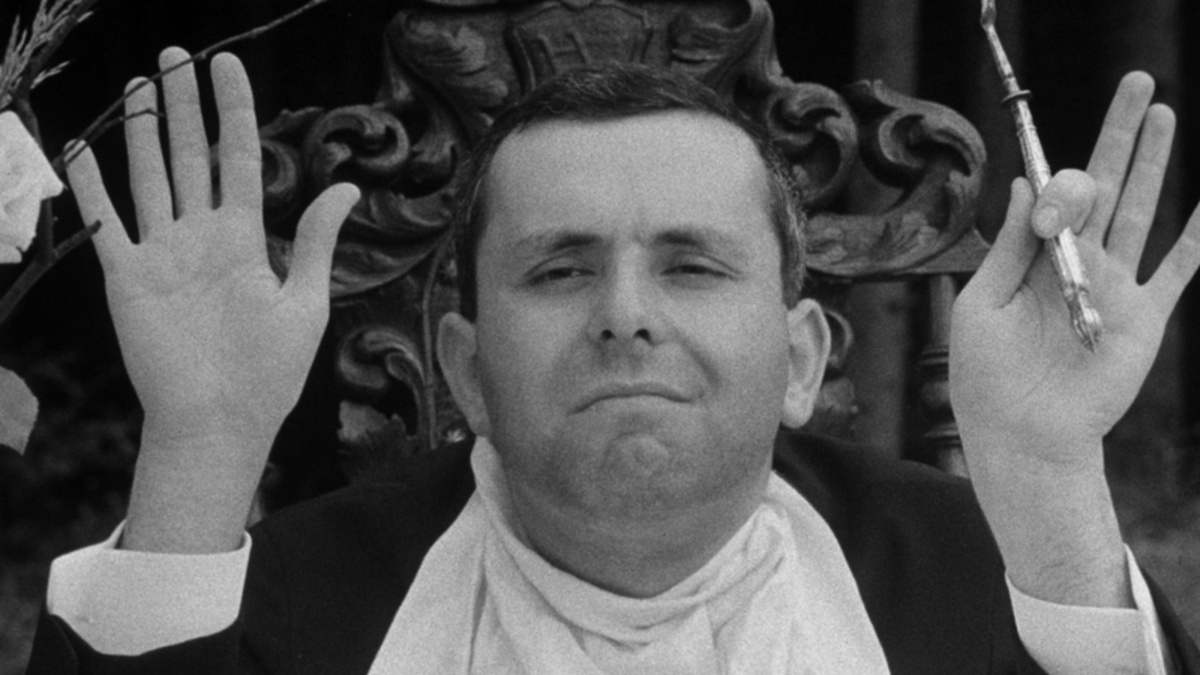 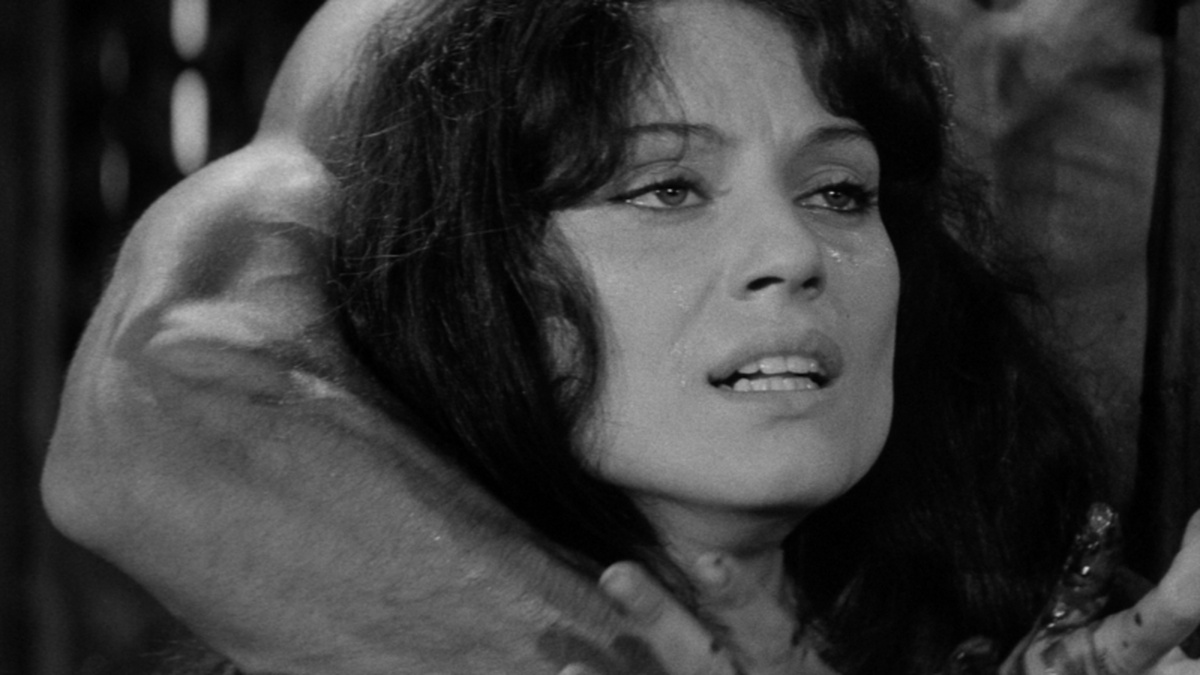 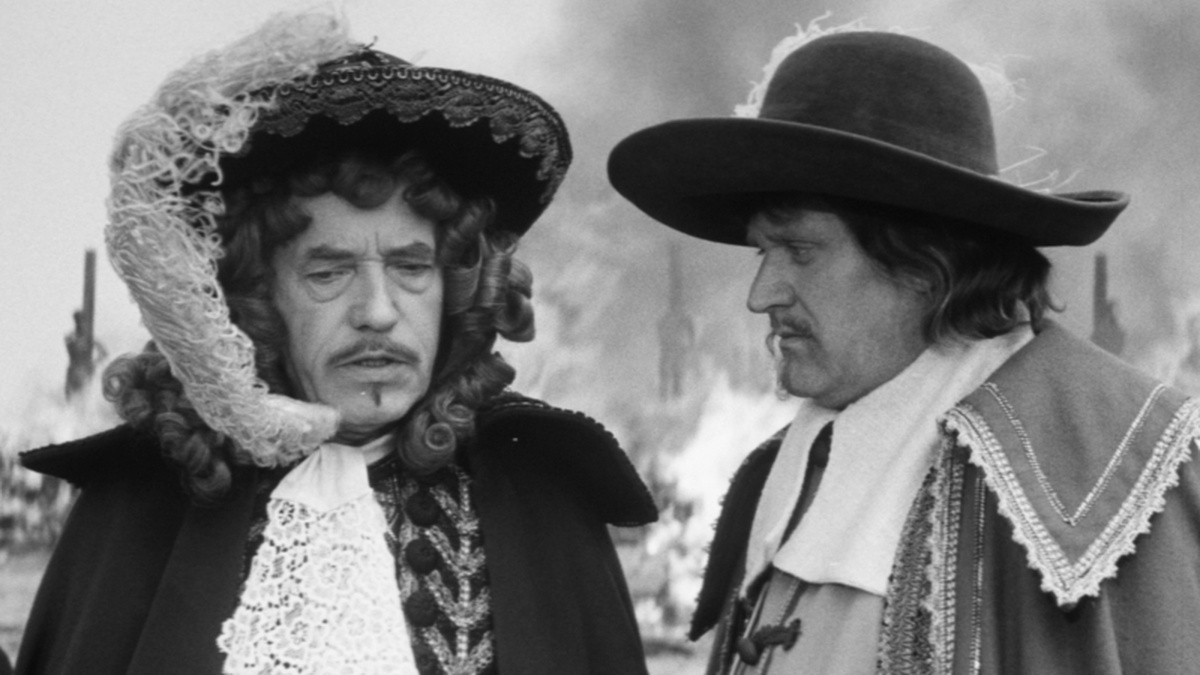 One of the most celebrated titles of the Czechoslovak New Wave. This 1966 picture was director Jan Němec’s second feature film following Démanty noci (Diamonds of the Night, 1964). Following that existential wartime drama, written in collaboration with author and screenwriter Arnošt Lustig, Němec teamed up with Ester Krumbachová for his second film. This screenwriter, author and designer was a key figure in the New Wave, which brought forth a dynamic and liberated aesthetic into the country’s cinema output. Her collaboration with director Věra Chytilová continued beyond the 1960s era, during which time Krumbachová also worked with Němec as a costume designer in Démanty noci, as well as on the scripts for Mučedníci lásky (Martyrs of Love, 1966) and O slavnosti a hostech (The Party and the Guests, 1966). The main characters in this loosely flowing tale are a group of people who, on an ideal summer’s day, head out to the birthday party of a highly-placed important personage. The jovial host presents a facade of well-being, but the open-air celebrations are disrupted by a seemingly insignificant minor annoyance. One of the guests – a brooding husband – leaves. This leads to a manhunt, led by Rudolf, a member of the host’s security detail. A hunting dog and most guests also join in. The reason for the fuss is that the missing guest has broken an unwritten rule of this micro-society, based on apathy, blasé lies, and a hushed-up sense of guilt. Němec’s minimalist story of escape can be read in various ways (primarily as a political allegory about the various masked forces pulling the strings behind-the-scenes, willing to liquidate anyone unwilling to partake in the “collective” celebration of the regime). During its premiere, the film offended regime sensibilities and was subsequently even subjected to a parliamentary inquiry. After briefly being banned outright, during the 1970s and 80s the film disappeared into the censor’s “vault”. The film features many noted Czech intellectuals of the day. Its Kafka-esque tones brought it much international acclaim.

It is a summer day. Several people in good humour are having a snack on a meadow. Josef is meticulously polite, Karel sips wine and keeps praising democracy, František proves to be a good companion, Eva and Marta are jolly girls. The only married couple is a talkative blonde and her taciturn and a bit withdrawn husband. After the snack, the company makes up, changes into cocktail dress and sets off to attend the birthday party of a high functionary. On a forest path, they are surrounded by a group of weird men. Rudolf, the leader of the gang, is seemingly sincere but in fact rather arrogant and aggressive. He divides the men and women into two groups and launches some kind of interrogation. Josef turns servile, Karel protests a little, becoming the target of Rudolf's assaults and minor violence. The host appears in between the trees in a white tuxedo, shouting Rudolf down but at the same time claiming him as his adopted son. All the visitors tenaciously pretend that everything was just a joke and seat themselves by set-up tables. The blonde weeps because her husband has left. He did not enjoy the company where no one likes anybody. The host feels offended. Rudolf decides to make everything right and sends his men headed by a dog-hunter to find the husband, arming himself with a gun. The subsequent man-hunt involves most of the guests. Those who remain put the candles off, sit by the tables in puzzlement and listen to the increasingly loud barking of a dog.

Medieval witch trials provided the story for a 1963 book by Václav Kaplický that Otakar Vávra and Ester Krumbachová used as the basis for the screenplay of the outstanding historical drama Kladivo na čarodějnice (Witchhammer, 1969). The renowned director and multi-talented costume designer also took inspiration from the court records of witch trials held between 1678 and 1695. Both book and film borrowed the title from Malleus maleficium (1486), a medieval manual for fighting witchcraft. While the plot centres on the fate of actual people convicted in witch trials it also consciously reflects the 1950s show trials of Milada Horáková and Rudolf Slánský, details of which started to emerge in the 1960s. The narrative’s dark protagonist is Jindřich František Boblig of Edelstadt (1612–1698), an imperial lay inquisitor who helmed witch trials in Šumperk and was responsible for the burning to death of over 100 people, including the Šumperk dean Kryštof Lautner and the young servant Zuzana (Soňa Valentová). The inquisitor was not inspired by religion: he divvied up most of the property of his victims with the local nobility… Vávra’s Boblig, played by Vladimír Šmeral, is a sadistic fanatic who used torture and intimidation to force confessions out of dozens of innocent people. The inquisitor’s antithesis is the humanist Launter (Elo Romančík), a prototype of the modern intellectual who despite his moral convictions inevitably falls victim to absurd violence and hatred… In reaction to the political liberalisation of the period, Vávra, who was 58, created an enduring, expressive picture that ranks among his best. Witchhammer, which naturally was none too popular with normalisation period censors, brought an end to the interesting, unrestrained 1960s period in the director’s filmography.

The time is the seventeenth century. The beggar Maryna Schuchová hides the Host in her scarf at the Communion. She admits to the parish priest Schmidt that she intended to give it to the midwife Groerová to heal her ailing cow. The young priest declares her a witch and convinces the Šumperk countess de Galle to summon the inquisitor Boblig from Edelstadt. This failed student of law sees the offer as a great opportunity. He uses torture and threats to force the women from the to testify to their meetings with the devil and learn by heart the lies he has made up for the inquisition tribunal. Boblig accuses the wealthy burghers of witchcraft as well, and so wants to seize their possessions. Dean Lautner, who has stood in the way of Boblig's misdoings, is also accused as the devil's partner. Lautner requests the help of the bishop of Olomouc and other members of the clergy, to no avail. Terror spreads throughout the region, and even the countess fears Boblig. Horrified, Schmidt witnesses the consequences of his religious zeal. Lautner and many others are imprisoned and tortured. At first, Lautner is convinced that truth will prevail, but he remains entirely alone. Other burghers are broken and in a delirium-like state keep repeating the parts they learnt by rote. The stakes are burning in the Šumperk region, and the dean himself is finally burnt at one of them. Fear gives Boblig power over everyone. The inquisitor continues to enjoy a peaceful and opulent life to the ripe old age, and even marries late in life.