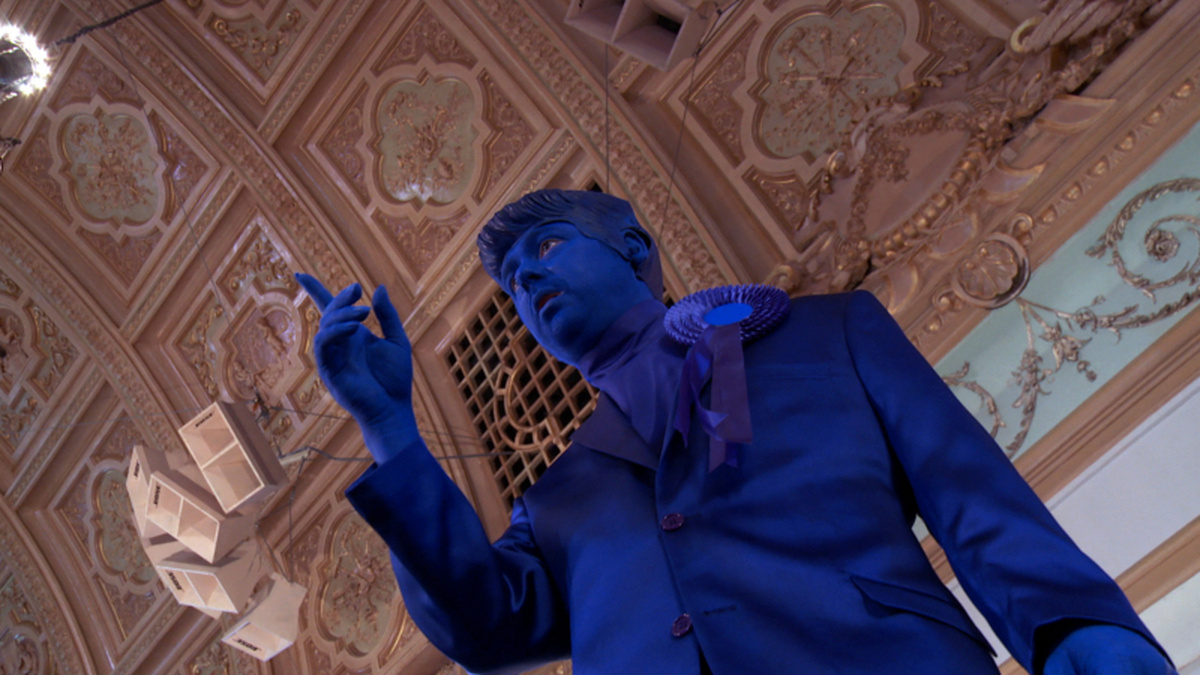 The Unspeakable Freedom Device is an experimental narrative film by artist Jennet Thomas, originally commissioned as part of a solo exhibition for the Grundy Art Gallery, Blackpool. The film presents a kind of absurd fairy-tale, in which a strange mythical tribe surrounding the ‘Blue Lady’, based on a memory of former Prime Minister Margaret Thatcher, holds sway. The tribe takes a fictional pilgrimage through a future-primitive world, where the difference between magic and technology is now forgotten.

Intersecting with many of the themes in this year’s Director’s Programme, The Unspeakable Freedom Device establishes a fictional world with bizarre costumes and characters, creating a “Victorian Sci-Fi” aesthetic from Blackpool’s Winter Gardens - the final destination of the pilgrimage and the site of many of Thatcher’s most famous speeches at Party Conferences.

Jennet Thomas is an artist who makes films, performance and installations which explore questions of fantasy in everyday life, language and belief systems, and how cultural memories are re-made, re-told and mythologised. Her work emerged from the experimental culture of London’s underground film and live art club scene in the 1990s, where she was a co-founder of the ‘Exploding Cinema Collective’. Her films have been screened extensively at international film festivals. Recent solo exhibitions include Block 336, London 2016, Matt’s Gallery, London 2012 and 2010, OUTPOST, Norwich, 2010 and PEER, London in 2007. Jennet Thomas is currently Reader in Time Based Media and Performance at Wimbledon College of Art, University of the Arts, London and is represented by Tintype, London with a forthcoming solo show at Tintype in June-July 2018.