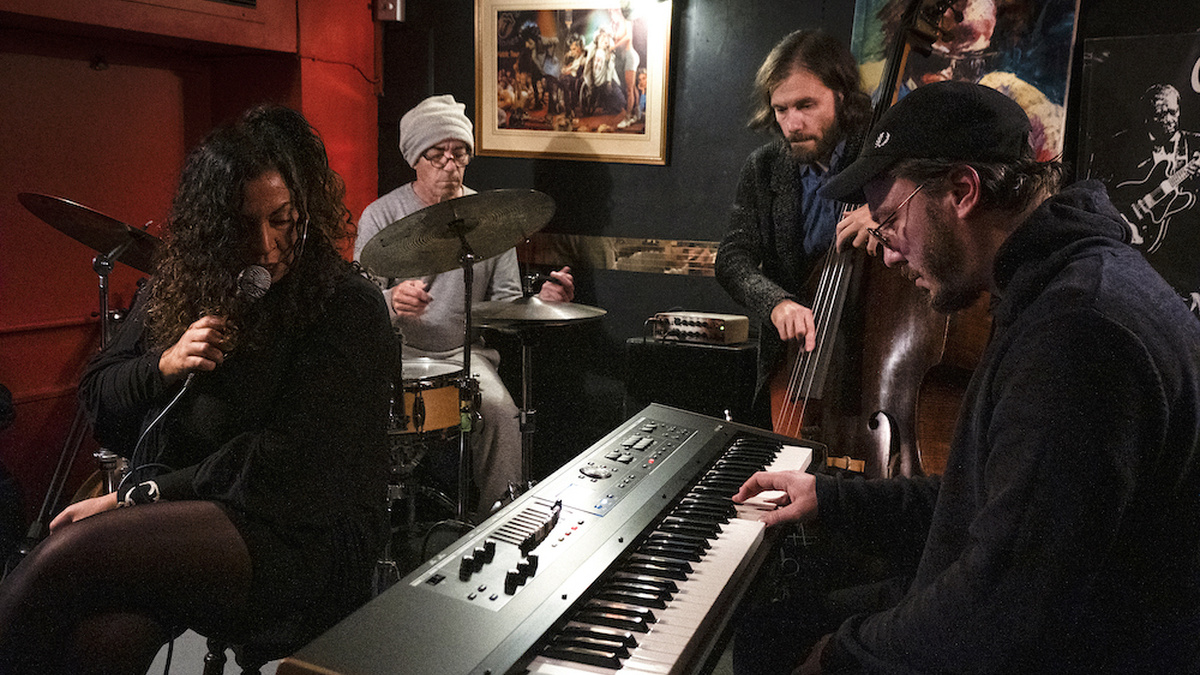 The W / photo by Carlotta Cardana

Sadly this event has been cancelled, pre-sale tickets will be fully refunded.

The W is Bruno Heinen's new London-based contemporary jazz group. Like the four equal lines that make up the letter ‘W’, the four members of the group come together as one voice in performance. The band features Heidi Vogel (Cinematic Orchestra) on wordless vocals, Andrea Di Biase (Kenny Wheeler) on double bass, Gene Calderazzo (Pharaoh Sanders) on drums and Bruno on piano.

They are a band in the true sense of the word. They meet regularly, learning the music by heart and shaping Bruno's compositions together. The compositions themselves have a story to tell, each one based on a single idea/concept, and written with melody at the forefront. Bruno, Andrea and Gene have been working together for many years. The addition of Heidi Vogel brings another layer of depth and lyricism to the music. “I’ve been working with Heidi in her own groups for over 10 years”, says Bruno. “I’ve always wanted to include her in a project of my own, and from the first time she sang with us, it just felt right. Her soul and range are extraordinary, especially without words: I can write as if I were composing for trombone, trumpet, or operatic soprano.”

The new EP 'Live at Kings Place' comprises three tracks taken from a concert at the end of their 2021 tour, funded by Arts Council England. Snowed In With Cedar Walton tells the story of a solo gig Walton played at the Village Vanguard in the 90's, where Bruno was one of only a handful of audience members. Snake River is inspired by Bruno's childhood trip to the Teton Mountains in the American Midwest, and Her Song was written on International Women's Day 2020 for his wife and daughter.