Leigh French & Neil Gray of Strickland Distribution The Workers City group, Glasgow 1990: In what sense, if any, an image of the future? 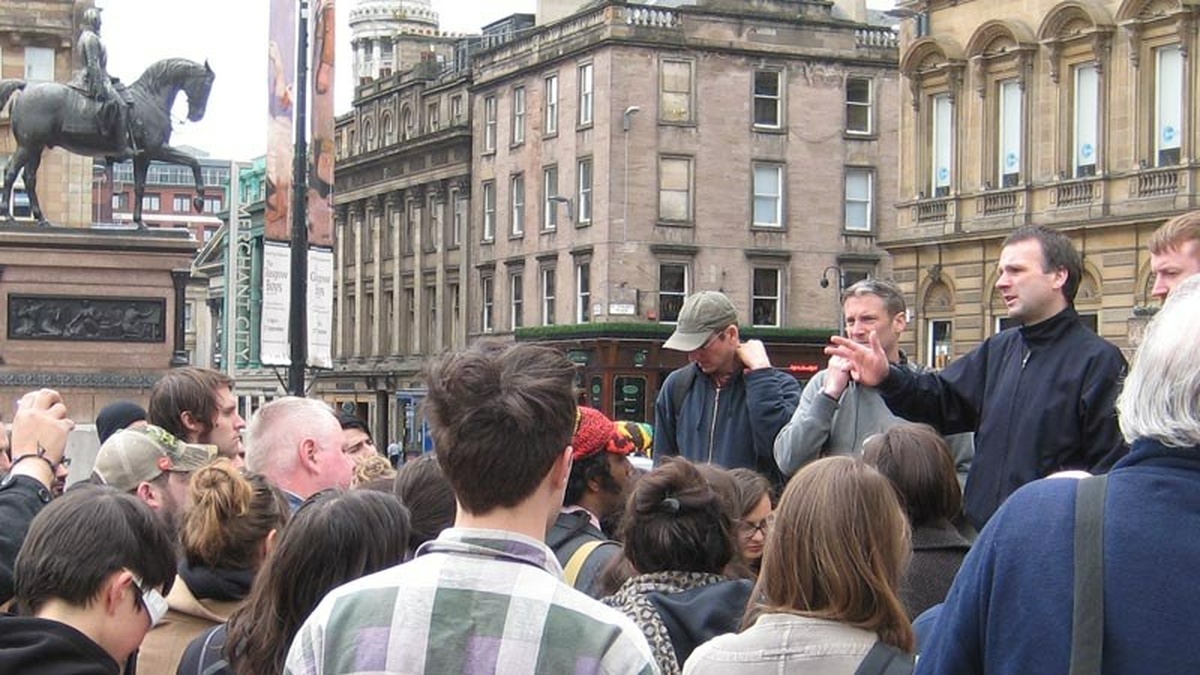 “The Workers City group point towards the future. It is of groups like ours the future will be made.” (Farquhar McLay, The Reckoning, 1990).

In and around 1990, the Workers City group undertook a strikingly antagonistic collective response to the European City of Culture phenomenon as it was being played out in Glasgow. Starting out from McLay’s provocative assertion above, this event will explore the contemporary relevance of the Workers City actions in relation to those now ubiquitous urban policy scripts which seek to define and exploit ‘creativity’. This event sees the Glasgow launch of Strickland Distribution’s online archiving of Workers City material and will be followed by two short film screenings and discussion.

Part of RIB Project: not by the book