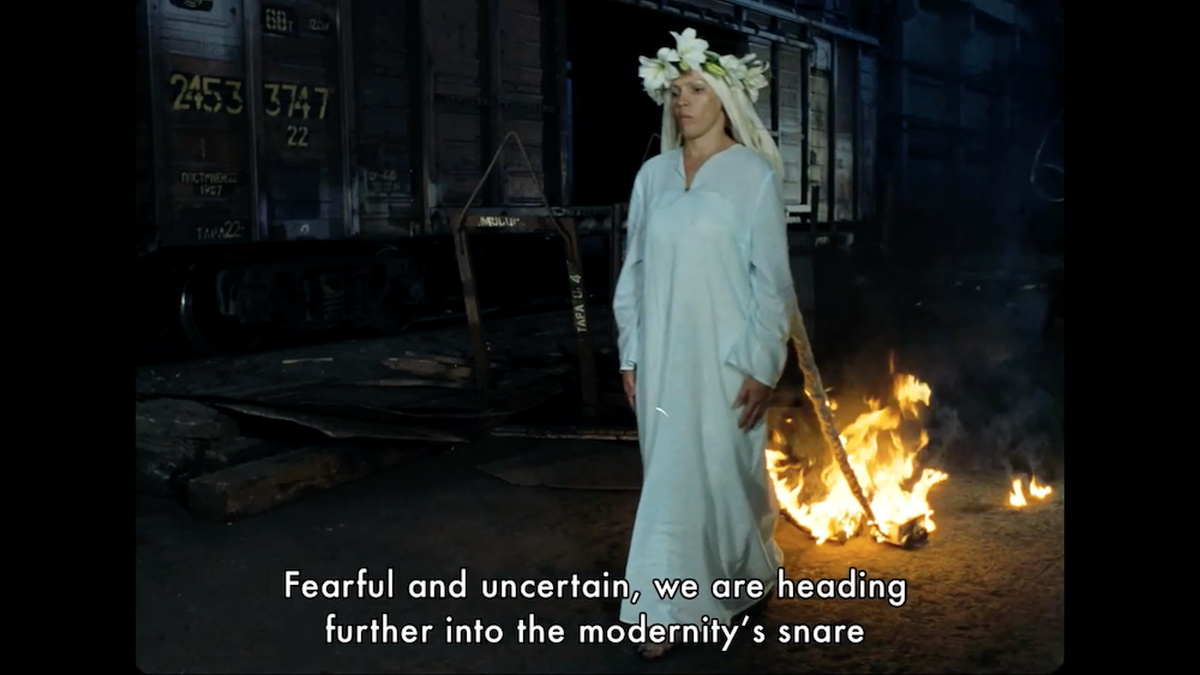 Oksana Chepelyk, 'Chronicles of Fortinbras', 2001. Courtesy of the artist.

Join us for a screening of work by women filmmakers and artists from Ukraine.

This programme was originally presented in Glasgow in 2019 as 'Under Mud' by Ukrainian curator, Alexandra Tryanova and Glasgow based artist, Susannah Stark. We represent this screening to raise funds for the featured artists and filmmakers as well as medical volunteers working in Ukraine. 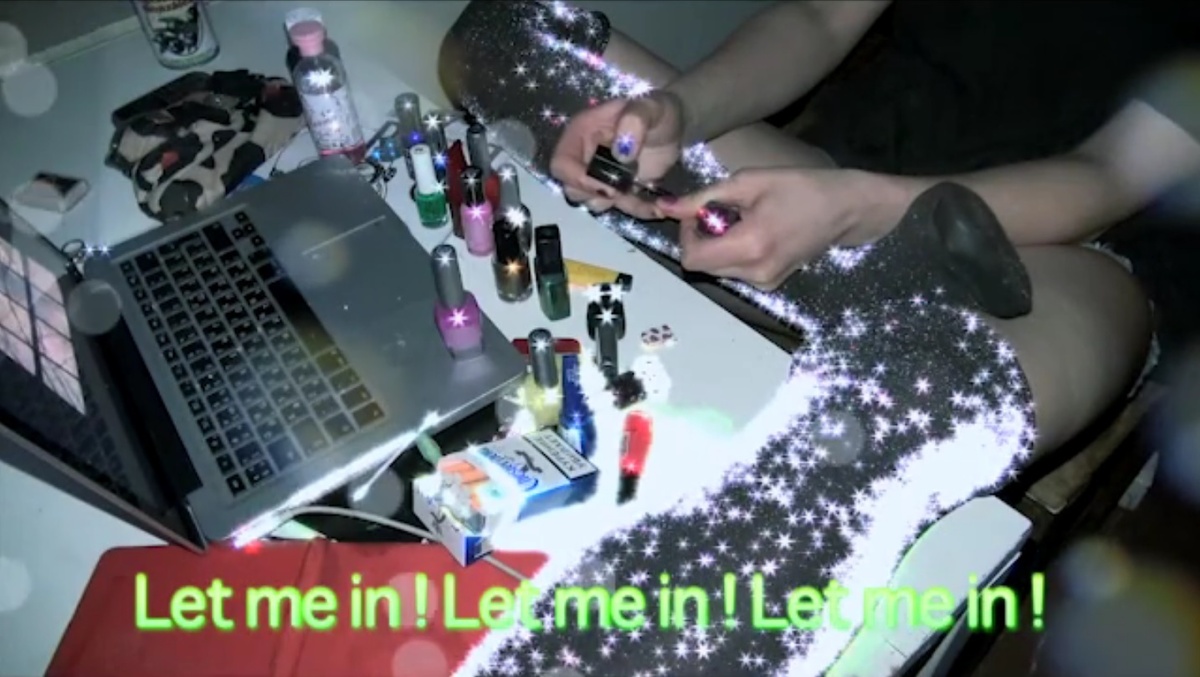 Iryna Kudrya works in the mediums of video, performance, installation. In her practice she addresses themes of physicality, gender, stereotypes of thinking and public representation, and the topic of work. In 2017, she is a graduated from the School of Involved Art of the Chto Delat, St. Petersburg, Russia.

In 'Just a Smile' Kudrya engages the viewer through an invitation to practice smiling or to remember how to smile, referencing the form of online tutorial.

Oksana Chepelyk was born in Kyiv, and studied at the Art Institute, Kyiv, followed by a post-graduate course in Moscow. Chepelyk works as multimedia artist through the mediums of video, film, performance, photography, installation, painting and public art. Her work focuses on themes such as the commodification of women, mass consciousness, power and intercultural relations, and histories that shape our present.

'Chronicles of Fortinbras' refers to a character from Shakespeare’s Hamlet, who has both a role in the events of the play and chronicles them right as they unfold. In the video, Chepelyk describes events preceding and during this transition period of the early 90’s in Ukraine, in terms of the dangers of ​“heading further into modernity’s snare”. Infrastructural and architectural ​‘developments’ relating to different historical epochs are carried out around and across a woman’s body, which becomes part of the performance of history, a building site from which to portray the monster of ​“progress”. These scenes are intercut with fragments of 20th century documentaries and news reels from the time the video was created.

Since 2009 Alina Kleytman has taken part in solo and group exhibitions in Ukraine and abroad, including Riga Photography Biennial, Moscow Biennial, Centre for Contemporary Art Ujazdowski, Pinchuk Art Centre Prizes and many others. In 2010 Alina opened her gallery-laboratory ​“At Roses‘” in a former stables building in her hometown. She studied at Rodchenko Moscow School of Photography and Multimedia at the studio ​“Multimedia and Installation” and ​“Photography, Sculpture and Video”. In her practice Alina explores topics of sexual emancipation, violence and degradation of a current social order.

‘Super Alina’, the protagonist of the music video, represents societal expectations for women in a post-Soviet world. Such contradicting expectations; stereotypes from a more conservative period of history predicate that women are heroines who should be strong while at the same time, pretty and able to cook and clean.

Oksana Kazmina is a documentary film maker, media artist and performer, who tries to critically approach mainstream discourses in her works. She co-founded the Body Practices project, which aims to explore different bodily experiences and politics deriving from it. Oksana is also a co-founder of artistic collective OKCAHAS, which focuses on the topics of female sexual experiences and pleasures. In 2016 – 2017 Oksana worked as a Visiting Assistant Professor of Film Studies at Wesleyan University, USA.

'The Girl, The Boy, And The Secret' sees two characters playing outside and trying on different roles, exploring their surroundings and each others bodies in an intuitive and sensual way. Poems from childrens folklore as well as the childrens ​‘secrets’ which are found hidden underground, appear to provoke something in the characters way of navigating the world, helping them dig to find spaces of freedom and play which come from within rather than being defined by external sources.

'Songs to the Sea' investigates contemporary interpretations of mythical female creatures: sirens and Psamathe – the goddess of sand. The work consists of several narratives, lyrical vocal arrangements which are united by the topic of the sea space as a threat or uncontrolled element, but at the same time, as a metaphor for calm and oblivion.

Susannah Stark is an artist based in Glasgow who studied MA Print at the RCA in London (2014 – 2016). She exhibited her work as part of Fragile State, at the Museum of Modern Art, Odessa, Ukraine, 2019.

David Upton is an Irish curator based in Glasgow, he is Public Programme Manager at LUX Scotland.

Russian and Ukrainian with English subtitles