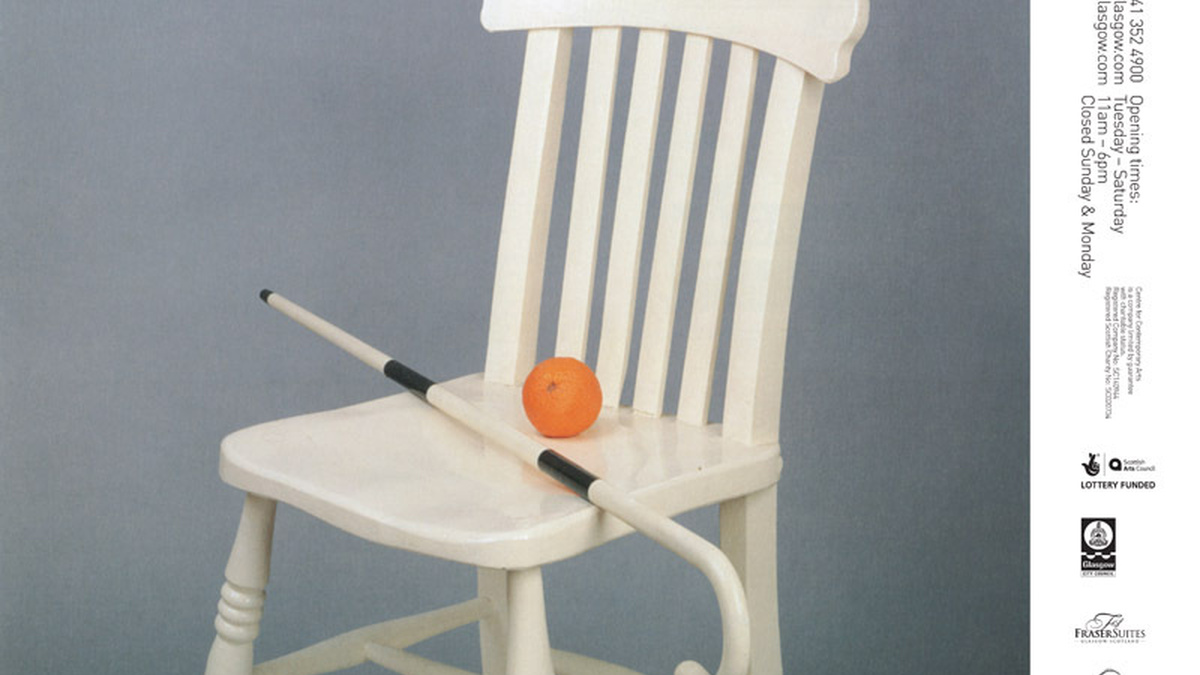 The Votive exhibition, curated for CCA by Sarah Lowndes, brings together works by several leading international artists, including Chris Burden USA), Abraham Cruzvillegas (Mexico), Thea Djordjadze (Germany), Torsten Lauschmann (UK) and 2009 Turner Prize nominee Richard Wright (UK). The exhibition will also include artefacts from the World Cultures Collection of Glasgow Museums which have very rarely, if ever, been on public display and a seminal Chair Event from 1969 by Fluxus artist George Brecht, who died last year and whose work has never seen before in Scotland. For the opening night of the Votive exhibition, the Basque singer Nerea Bello, noted for her extraordinary vocal range and powerful delivery, has devised a song performance in response to the other works in the exhibition – a recording of this performance will subsequently be played at intervals in the exhibition space.

The Votive project will examine the idea of object as event, addressing the idea of performativity enshrined in the votive offering. A votive offering either expresses a wish or is given in thanks for a wish fulfilled. It is thus both sculptural (existing in space) and performative (existing in time, as an event, and thereafter as a memory). Many of the objects included in the exhibition have qualities similar to amulets, charms and talismans, which work by magical and not physical means. Johan Huizinga, in his important study of the play element in culture, Homo Ludens (1940), observed that ‘[…] in giving expression to life man creates a second, poetic world alongside the world of nature.’ This activity, the act of representation, the creation of second, poetic world, is the focus of the Votive exhibition.

and artefacts from the World Cultures collections of Glasgow Museums