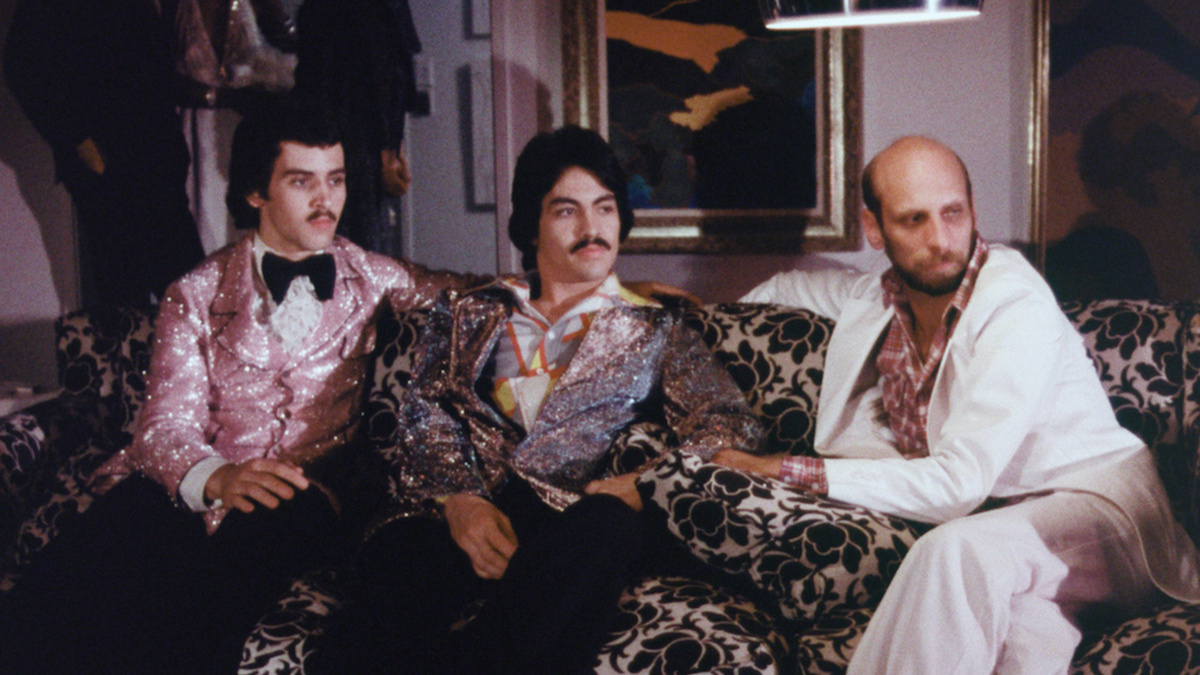 During this year’s Weird Weekend, the clocks go back, giving us an instant, one-hour do-over. We’ve invited curator and film-maker Elizabeth Purchell (Ask Any Buddy) to take advantage of this loophole with a special block of programming culminating in one hour of your life that you actually will get back – but, before then, anything can happen. Please be advised: Unsee contains explicit sexual content.

A last-minute anniversary gift from an older man to his younger lover leads to terror in this all-male take on The Exorcist and Abby from 20-year-old actor and male stripper JC Cricket. Never released on home video and lost for nearly 40 years, Sex Demon is a shocking underground queer horror film just ready to be unleashed on unsuspecting new audiences. (EP)

A “straight” man is given a guided tour through the seamy underbelly of Hollywood’s glitzy party scene by his trans paramour in this big-budget crossover film by LA Plays Itself director Fred Halsted. The first of only two all-male adult films to be shot and released in 35mm but never properly made available on home video for decades, Sextool is Halsted’s lost masterpiece – kinky, punishing, and a whole lot of fun. (EP)

These two shorts weren’t just the first releases from the San Francisco-based Fatale Video – they were among the very first adult videos made by and for lesbians, period. Founded by the creators of the legendary On Our Backs magazine and the long-running BurLEZK live revue at the height of the feminist sex wars over pornography, Fatale Video fearlessly sought to give lesbians an outlet to explore their sexuality in the midst of an increasingly repressive culture. (EP)

Elizabeth Purchell is a queer film historian and programmer. She is the creator of Ask Any Buddy, a multimedia project that explores the history of the gay adult film industry and its role in the development of queer cinema and the spread of gay male visual culture. The project consists of an Instagram feed, a feature-length mashup film that was selected to play nearly two-dozen international film festivals, and a companion podcast. Recently she has appeared on home video releases by Altered Innocence, the American Genre Film Archive, and Vinegar Syndrome and programmes and hosts the monthly Queer Cinema: Lost and Found screening series at Austin Film Society. Her work has been featured in publications such as Artforum and The New York Times.

Thanks to Elizabeth Purchell, Altered Innocence and Fatale Media