Workshop: Create Your Own Superhero 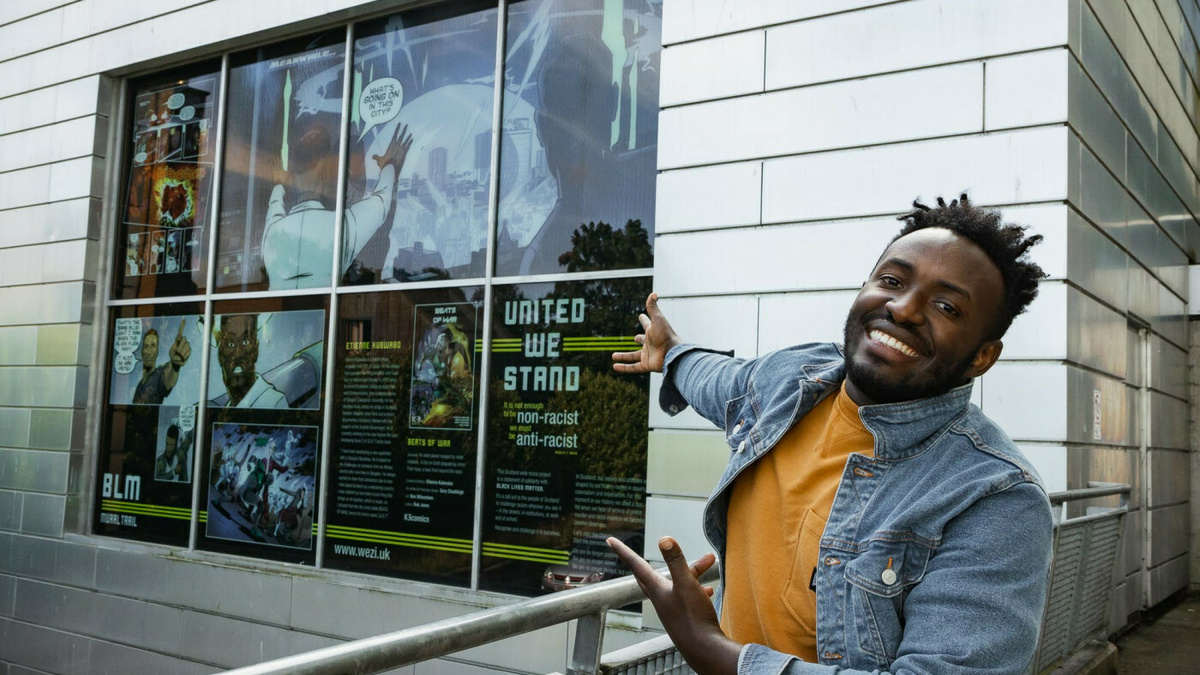 Join comic designer Etienne Kubwabo for a workshop and learn how to create your own superhero!

FREE! Suitable for children that are 7+
All participants will receive a free copy of Beats of War on completion of the workshops!

Join artist/filmmaker Etienne Kubwabo for a workshop and learn how to create your own superhero. Below is a schedule on how the workshop will run.

Etienne will start off the workshop with an illustrated talk about the inspiration for his own comic book, the film Black Panther. He will then guide the participants to imagine and create their own superheroes - how to develop a character, their backstories, a character’s look, powers and storyline.

Part 2 from 14:45 - 16:00: Participants will share their superhero ideas, their inspirations, their choice of powers, the storyline and setting. Etienne will then discuss his new comic book set in Glasgow - "Beats of War".

Etienne Kubwabo is a filmmaker and DJ from Glasgow who moved to Scotland 10 years ago from the Democratic Republic of Congo. In 2012, Etienne joined Clydebank College to study Film and Communication and holds a degree from Glasgow Caledonian University. He has directed multiple music videos for artists in Scotland, Sweden and Belgium. Etienne has directed the children’s show Sho-time, as well as documentary Scotland’s Memoir, and is currently working on a new documentary entitled We are Scotland, featuring young creatives in Scotland. In 2020, he created and released Scotland’s first-ever black superhero comic book, Beats of War.