The Murder of Mr Devil 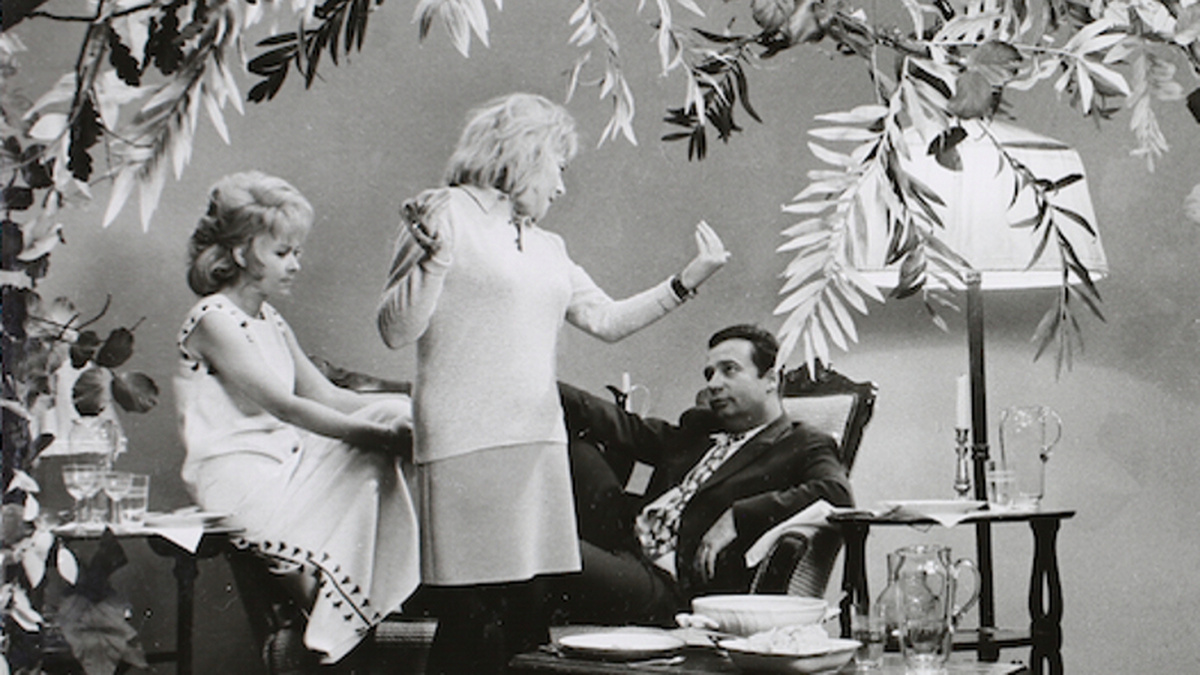 The Murder of Mr Devil

Introduced by film theoretician Petra Hanáková. Petra Hanáková is a former film scholar who played a vital role in rediscovering and reevaluating the mostly forgotten film in the 1990s and subsequently in introducing it to international public in her writing.

The Murder of Mr Devil is the only film directed by Ester Krumbachová, who imbued numerous films of the Czech New Wave through her costume and set design, and script writing including Daisies, The Party and the Guests, Valerie and Her Week of Wonders, Witchhammer, Diamonds of the Night, and Fruit of Paradise.

The Murder of Mr Devil is a complete and mature debut that shows the period’s feminism, fortified with a peculiar form of sinister criticism with which Krumbachová targets both sexes. The nameless central character of the narrative, a pretty, clever and refined forty-something, strives to escape her loneliness through an encounters with Bohouš Čert (whose surname means devil), a friend from her youth. However, he has become an overweight, ill-mannered man whose prominent trait is excessive voracity. She endures Čert’s visits only by holding on to the vision of an eventual marriage to which she is willing to sacrifice her own dignity. It is a mannerist play about the battle of the sexes, depicting with ornamental flourish the incompatibility of men and women.

This screening will complement CCA's exhibition - A Weakness for Raisins: Films & Archive of Ester Krumbachová - which runs from Sat 8 Dec 2018 to Sun 27 Jan 2019.

The exhibition and film programme is organized by CCA Glasgow and Are | are-events.org in collaboration with Panel and in partnership with Glasgow Film Theatre; Czech Centre London; Czech Film Fund; National Film Archive, Prague; BIONAUT; The Film and TV School of the Academy of Performing Arts in Prague; Czech Television; MAP Magazine; and Second Run; and supported by Creative Scotland, Glasgow City Council, the Ministry of Culture Czech Republic, Prague City Hall, and the Czech Centre London.